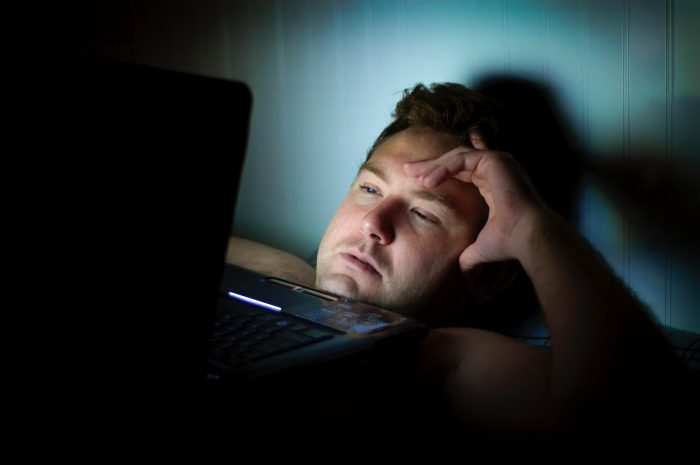 I’ve always had a healthy respect for sleep. I noticed in my early 20’s how detrimental a lack of sleep was to my mood and general outlook on life. Since then I’ve routinely slept at least 7 hours a night as that was what was deemed sufficient, 7-8 hours is what I had always heard. However about a year ago I read “Why We Sleep” by Mathew Walker, I subsequently raved about it for months to anyone who would listen. I actually found the evidence and information so compelling that I couldn’t ignore the recommendations. Improving the quality of my sleep and the quantity, I now sleep a minimum 8 hours and preferably 8 ½, has greatly improved my mood, my productivity, my wakefulness (most days I could have gone back to bed at 11am for a nap, and sometimes did) and my gut health (I have suffered a lot over the years with digestive issues.) I can genuinely say that sleep is a life changer for me, I’m a different person when I’m lacking sleep and it’s not a good type of different.

The reality is that a lack of sleep is affecting all of our well-being in a number of ways, our physical, mental and emotional health. There really is no debate, under sleeping puts one’s health at risk, and there is very compelling evidence for this. Consider this from “Why We Sleep”-“A balanced diet and exercise are of vital importance, yes. But we now see sleep as the preeminent force in this health trinity. The physical and mental impairments caused by one night of bad sleep dwarf those caused by an equivalent absence of food or exercise. It is difficult to imagine any other state—natural or medically manipulated—that affords a more powerful redressing of physical and mental health at every level of analysis”

I have attempted to highlight what I think to be some of the most interesting evidence and some guidance on how to improve the quality of one’s sleep and ultimately the quality of one’s life. Much of it comes from the author of “Why We Sleep” Mathew Walker, a professor of neuroscience and psychology and a sleep scientist and researcher. Unless stated otherwise quotations are from “Why We Sleep” which I highly recommend reading in its entirety as it will inform the reader in more comprehensive way.

What follows are some of the more shocking effects of chronic sleep restriction, which is defined as getting less than seven hours of sleep a night on a routine basis. For those that don’t believe this or think that they are the special ones that this doesn’t apply to- and I quote, “It is far, far more likely that you will be struck by lightning (the lifetime odds being 1 in 12,000) than being truly capable of surviving on insufficient sleep thanks to a rare gene.” Also, being chronically sleep deprived impairs your ability to sense that you are so. I’ll go through some signs and symptoms later.

This is one that really got my attention-Anywhere in the world where the clocks change for daylight savings, there is a shockingly significant change in the rate of heart attacks the following day. There is a 24% increase when we lose an hour and a 21% decrease when we gain an hour.  From Why We Sleep- “Should you tabulate millions of daily hospital records, as researchers have done, you discover that this seemingly trivial sleep reduction comes with a frightening spike in heart attacks the following day.”

Have you ever noticed being hungrier when tired? This is not a coincidence, -“Too little sleep swells concentrations of a hormone called ghrelin that makes you feel hungry, while suppressing a companion hormone, leptin that otherwise signals food satisfaction” Basically the less you sleep, the more likely you are to eat excessively, be overweight and less healthy.

Too dangerous for the record books!

Sleep deprivation is so deleterious to one’s health that the Guinness Book of World Records no longer recognizes attempts to break the record for sleep deprivation.

“Every hour, someone dies in a traffic accident in the US due to a fatigue related error”

While mental health is multifaceted, it seems from the evidence that quality sleep is foundational to our mental and emotional lives, and as such much more education around it’s importance should abound in our education system. It could literally save lives  “Studies of adolescents have identified a link between sleep disruption and suicidal thoughts, suicide attempts and tragically, suicide completion in the days after sleep deprivation”

“Take a group of lean, healthy young males in their mid-twenties and limit them to five hours of sleep for one week, as a research group did at the University of Chicago……you will find a marked drop in testosterone relative to their own baseline levels of testosterone when fully rested……it effectively “ages” a man by ten to fifteen years in terms of testosterone virility………men who report sleeping too little—or having poor-quality sleep—have a 29 percent lower sperm count than those obtaining a full and restful night of sleep, and the sperm themselves have more deformities”

Woman aren’t safe either “Routinely sleeping less than six hours a night results in a 20 percent drop in follicular-releasing hormone in women—a critical female reproductive element that peaks just prior to ovulation and is necessary for conception… Women who do become pregnant and routinely sleep less than eight hours a night are also significantly more likely to suffer a miscarriage in the first trimester, relative to those consistently sleeping eight hours or more a night.”

“After ten days of just seven hours of sleep, the brain is as dysfunctional as it would be after going without sleep for twenty-four hours. Three full nights of recovery sleep (i.e., more nights than a weekend) are insufficient to restore performance back to normal levels after a week of short sleeping.”

Athletic Performance is seriously compromised by a lack of sleep-“Obtain anything less than eight hours of sleep a night, and especially less than six hours a night, and the following happens: time to physical exhaustion drops by 10 to 30 percent, and aerobic output is significantly reduced. This is only one factor, it seems to have equally deleterious effects on all other major markers of performance.

“Dr. Michael Irwin at the University of California, Los Angeles, has performed landmark studies revealing just how quickly and comprehensively a brief dose of short sleep can affect your cancer-fighting immune cells. Examining healthy young men, Irwin demonstrated that a single night of four hours of sleep—such as going to bed at three a.m. and waking up at seven a.m.—swept away 70 percent of the natural killer cells circulating in the immune system, relative to a full eight-hour night of sleep. That is a dramatic state of immune deficiency to find yourself facing, and it happens quickly, after essentially one “bad night” of sleep. You could well imagine the enfeebled state of your cancer-fighting immune armoury after a week of short sleep, let alone months or even years.”

It seems we are much more susceptible to being in pain also if we are under slept. We know for example that psycho-social factors have a major influence on the chronicity of lower back pain and this is likely to be one mechanism. Again from Mathew Walker- “In one of my own research studies, we have discovered that pain-related centres within the human brain are 42 percent more sensitive to unpleasant thermal stimulation (non-damaging, of course) following a night of sleep deprivation, relative to a full, healthy eight-hour night of sleep.”

Research on more than 13,000 people by Laya Healthcare has revealed almost 80% of Irish people are sleep deprived. That’s 80% of the population that are more likely to be overweight, depressed, less productive, emotionally unbalanced, in pain, more prone to a variety of diseases as well as premature death. If that’s not a problem I don’t know what is. We have an undeniable and biologically mandated need for adequate sleep, it’s not a matter of lifestyle choice, it is a necessity. The best thing about it is, it is free! It’s sometimes not that easy to get though. Somewhat paradoxically, one of the impediments to getting enough sleep can be getting enough sleep. The more sleep deprived we are the less efficient we are. I suggest putting the many things on the do list at the end of the day on the long finger in favor of getting enough sleep, do this for a week and see how it works for you, the to do list may very well shorten and your life will most certainly lengthen.

Now for the fix-

How do you know if you are sleep deprived?

A simple assessment involving two questions. After waking in the morning could you fall back to sleep at 10 or 11am? If yes, you are not getting enough quality or quantity of sleep. Second, can you function optimally without caffeine before noon? If the answer is no you are self-medicating a state of chronic sleep deprivation.

Tips to help improve the quality of your sleep

I can’t put it more succinctly than Mathew Walker has so to quote again from “Why We Sleep” The physical and mental impairments caused by one night of bad sleep dwarf those caused by an equivalent absence of food or exercise. It is difficult to imagine any other state—natural or medically manipulated—that affords a more powerful redressing of physical and mental health at every level of analysis.

Here are some talks by Mathew Walker from his website if you’re not a big reader and another link to the book.

“Why We Sleep” by Mathew Walker